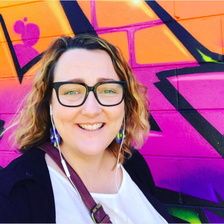 Adele Walsh
From her blogger beginnings as Persnickety Snark, Adele Walsh has been an advocate and champion for youth literature, and its intended teen audience. As the Program Coordinator for the State Library of Victoria's Centre for Youth Literature, Adele creates, designs, implements, and evaluates learning and literacy programs built around and for young people. Under her leadership, initiatives including the Reading Matters conference, Story Camp, and the Inky Awards have flourished to become established, highly regarded literary institutions. Outside of her day-to-day role, Adele is an in-demand moderator, presenter, and teacher, an ongoing outspoken advocate for youth readers, and founding co-host of the literary podcast, Unladylike. 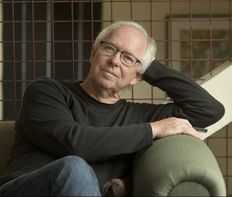 Bill Manhire
Bill Manhire is one New Zealand’s most awarded and recognised literary luminaries. Accolades for his work abound - just this year he has been made a Laureate of the New Zealand Arts Foundation. He is director of the Institute of Modern Letters based at Victoria University, and he is a recipient of the Prime Minister’s Award for Literary Achievement in Poetry for his contribution to New Zealand literature. The list of his achievements is plentiful. His poetry is beloved in New Zealand and he is admired from afar as well. Bill is a lover of literature, an avid reader and a firm supporter of libraries and librarians. He sells out sessions at writers festivals across the land because people delight to hear him talk about anything at all.  We are thrilled to have him address us at this conference.
Photo by Grant Maiden 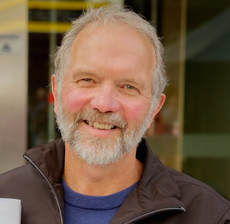 David Elliot
David is an internationally recognised illustrator. In 2017 his fabulous 'Snark' won two national awards: the Margaret Mahy Book of the Year and the Russell Clark Award for Illustration. A couple of years earlier, 'Henry's Map' (about a fastidious, map-making pig) was listed among the top 20 best picture books for children in the USA's School LIbrary Journal.  As well as writing and illustrating his own books, David has also illustrated books for well-known writers such as UK fantasy writer, Brian Jacques - illustrations from his Redwall series are available here - and ecologist T.A. Barron from the USA (Great Tree of Avalon). Back home in New Zealand, David has illustrated books by Margaret Mahy, Joy Cowley and Janet Frame.  David lives with his wife Gillian in Port Chalmers. This small port township in the deep south of New Zealand has been his home for almost 30 years.
Photo by Deane Patterson 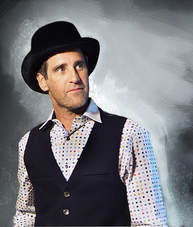 Donovan Bixley
Donovan Bixley is one of New Zealand’s most acclaimed picture book creators, with books published in 31 countries, and awards an illustrator, author, and as a book designer.  In 2017 Donovan was the recipient of the Mallinson Rendel Illustrators Award, which places Donovan’s body of work alongside some of New Zealand’s most celebrated writers, musicians, film makers, choreographers and artists. Donovan’s books have been twice selected for the International Youth Library’s White Raven award, which each year lists the top 200 children’s books in the world. In 2017, Fuzzy Doodle (written by Melinda Szymanik) made the list, and Donovan’s innovative part-novel, part-comic, Monkey Boy was selected in 2015.  His work is nothing if not varied, spanning high–brow to low–brow and every brow in between, from his award–winning illustrated biography Much Ado About Shakespeare, to the hilarious hijinks of pussycats in planes in Paris in Flying Furballs, and more than 100 books in between. Some of the funny things he has illustrated include Shelob making Kentucky Fried Frodo, Mozart telling fart jokes, and a veloci-rapping gangsta dinosaur.  When not immersed in the world of picture books, Donovan plays saxophone and is frontman for Hot Tub, a 13 piece big band/funk ensemble. He also enjoys working in the local theatre, both on stage and behind the scenes as a designer. He lives with his family in Taupo. 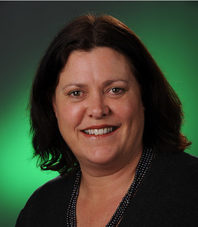 Joan Mackenzie
Joan started as the magazine girl at London Bookshops in Dunedin, then got a lucky break with Collins Publishers (as they were then), and became their rep for the lower South Island – after which she clawed her way north, and after a stint in Wellington, moved to Auckland and worked for a couple of publishers for the next 15 years. She then joined  Whitcoulls where she stayed for the next 12 years, until, in 2008, she was fired by the management brought in by the private equity owners at the time (who then went on to run the business into voluntary administration).  In June 2011, the new Whitcoulls owners invited her to go back and she’s been there ever since.  It's the perfect job for someone obsessed with books and reading, and she knows something most of us would love to - all the new titles well before they hit the shelves.  Although everyone seems to think that she spends all day at work reading, the truth is anything but – working hours are mostly spent with spread sheets and managing all sorts of boring KPIs, and all the reading gets done out of hours. Which means there isn’t much time for anything else, and she wouldn’t have it any other way. 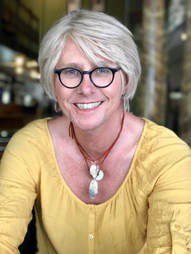 Kyle Mewburn
Kyle Mewburn is one of New Zealand's most eclectic and prolific writers. From multi-layered picture books - Old Hu-hu, Kiss! Kiss! Yuck! Yuck! and Melu; to laugh-out-loud junior fiction series - notably Dinosaur Rescue and Dragon Knight - her titles have been translated into a dozen languages and won numerous awards including Children's Book of the Year.  She was Children's Writer-in-Residence at Otago University in 2011 and President of the New Zealand Society of Authors from 2013-2017.  Originally from Brisbane, Kyle lives with her wife, Marion, two cats and 24 chickens, in a house with a grass roof near the sleepy village of Millers Flat. When she's not writing she's either searching for hidden eggs or exploring the exciting world she discovered in her closet. 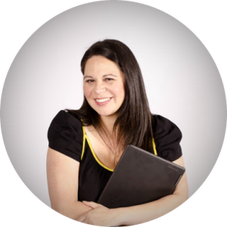 Moata Tamaira
Moata Tamaira is a librarian who accidentally ended up working in IT.  Her library career began in primary school with some light shelving duties before moving on, in adulthood, to slightly better paying positions at Christchurch City Libraries and The National Library of New Zealand, as a Māori reference librarian and a web content editor respectively.  In 2009 she won a Qantas Media Award for her Stuff blog, “Blog Idle” and she is a regular on pop culture comedy podcast, The Nerd Degree.  Her current role is Digital Library Content Manager at Christchurch City Libraries.